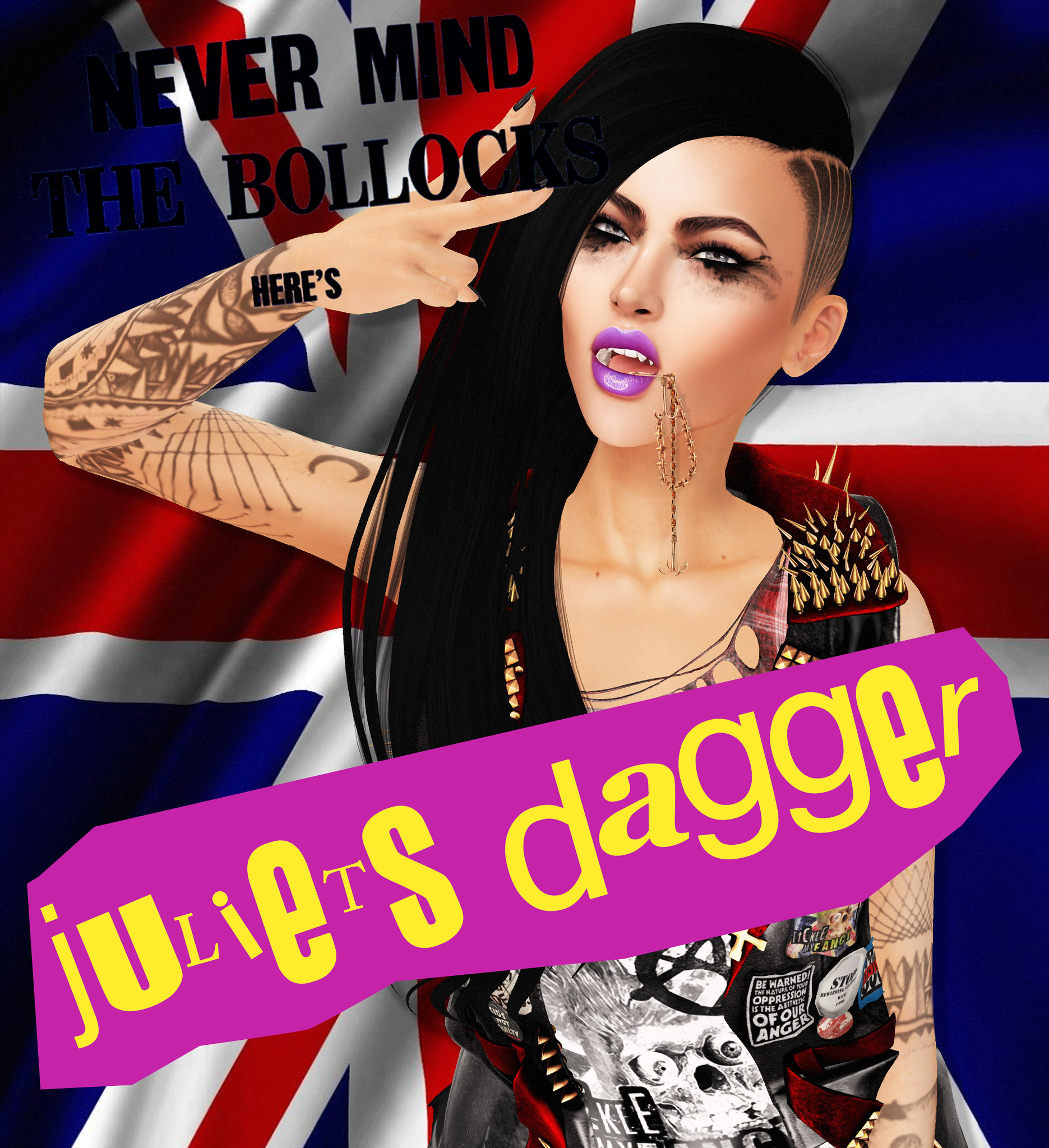 Just a week left on this round of Rewind, which went back to ’70s era punk and produced some truly wonderful offerings! Can’t even express how much I love the gacha set from CureMore because I would gush for like nine years. The details are PERFECT and it’s super cute and high quality as always. Check below for a taxi! 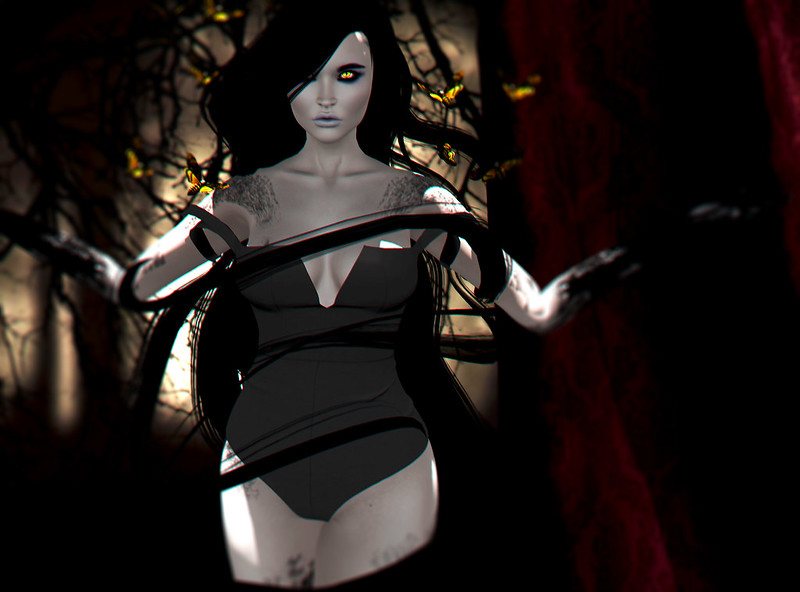 doot doot. Stuff from Lootbox and an old skin that I dug out of my inventory and promptly gasped at. How cute is this little suit, btw? 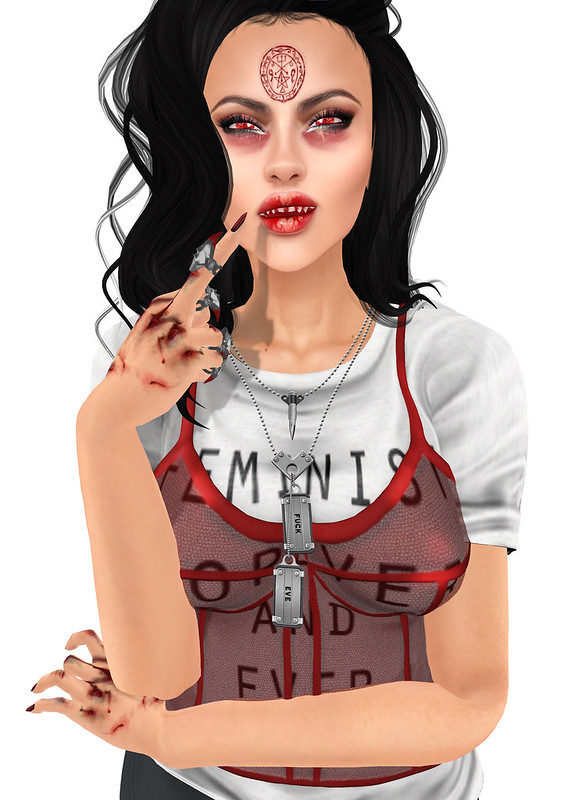 Where do you think the name “Lilith Fair” came from?

Goodies from Cureless and assorted others! Fucking love these dogtags from RE btw, the text is fully customizable. :^) 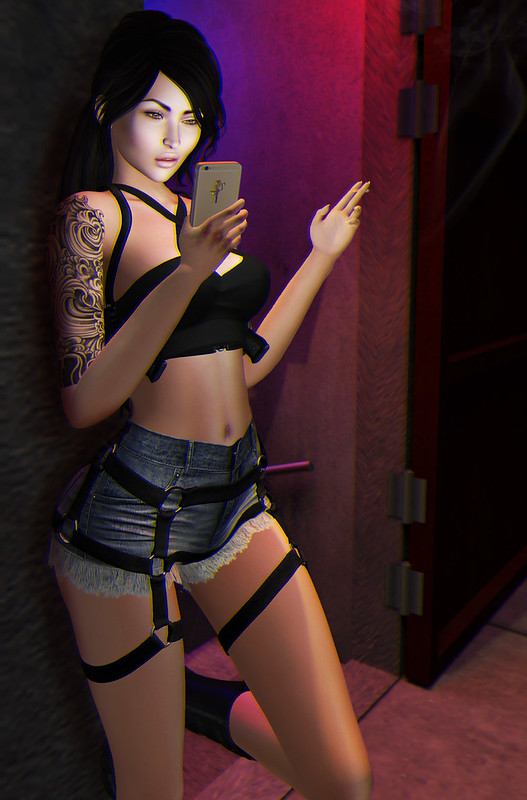 Really late post because I’m an asshole and have been struggling with inspiration for ages. I loved the outfit this top was a part of–wore it constantly for like a week and it’s my default “need something to wear so I’m not naked while shopping” look now–but I just couldn’t get a pic that did what I wanted. Finally decided I’d do a look inspired by Revy of Black Lagoon, whose character design I’ve always really liked. 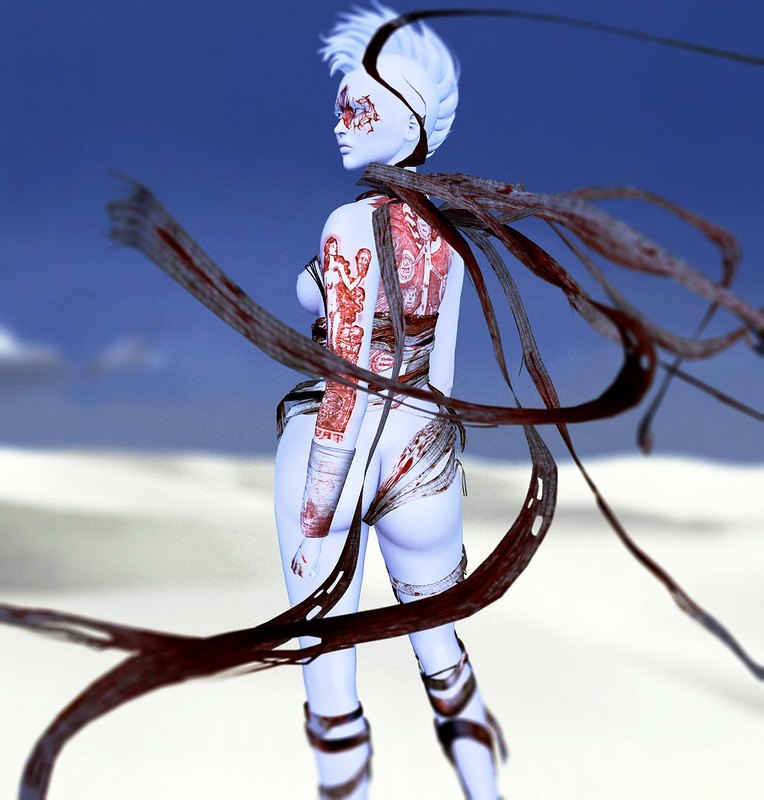 Seeking power, I killed my brother–but without him, I am lost. 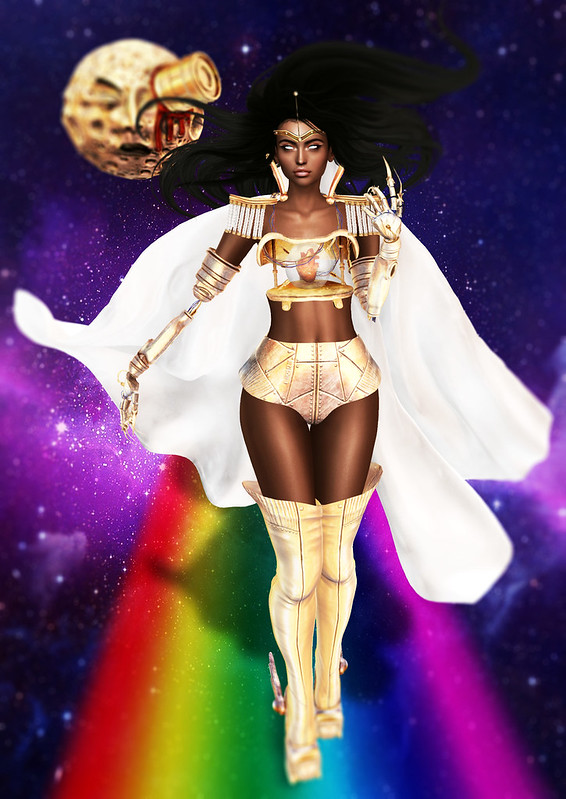 This turned out a BIT campier than I wanted it to, but I thought it looked too pretty and cute not to use, even if it’s inspired by the myth of Heimdallr. 😀 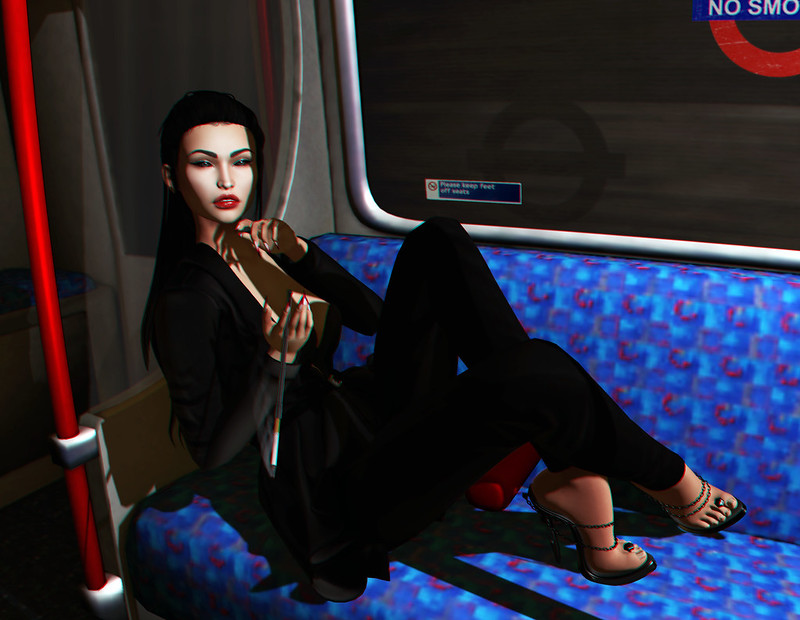 Titles of this post and its following image are the first line of The Gunslinger by Stephen King.

the woman in black fled across the desert… 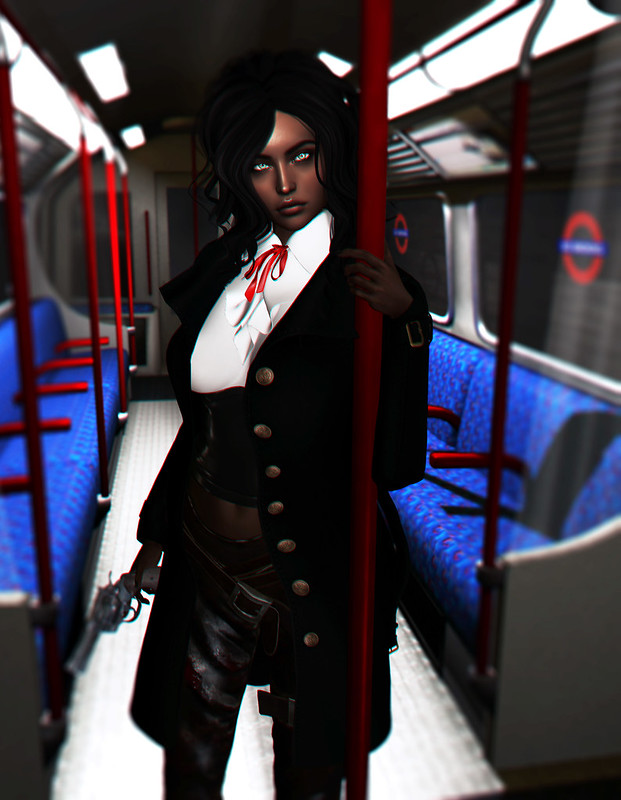 Title of this post and its preceding image are the first line of The Gunslinger by Stephen King.

…and the gunslinger followed. 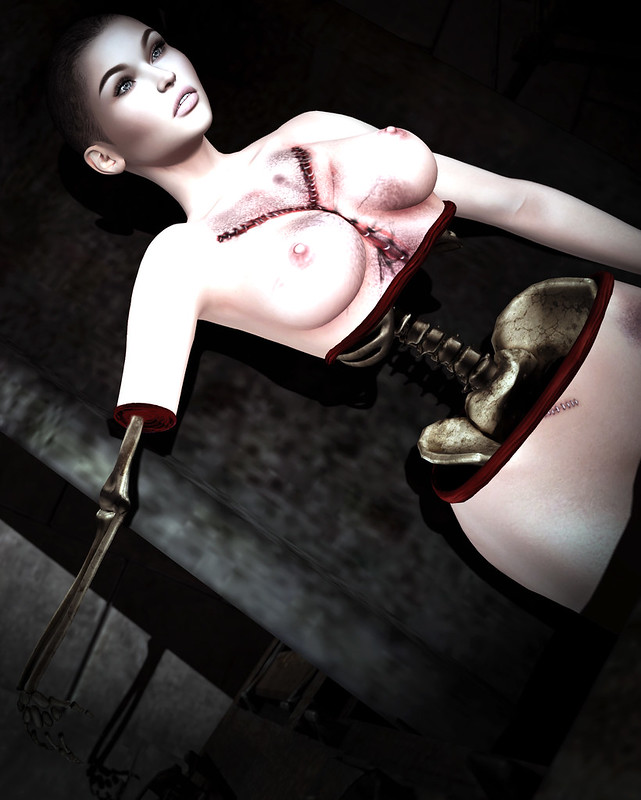 We’re all just flesh and bone, in the end. 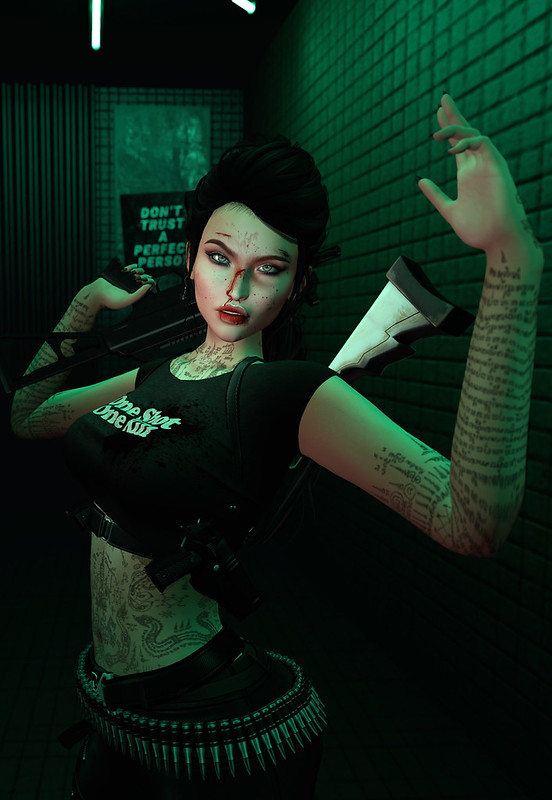 “It’s over, Em,” he says, keeping his voice level. She’s been running for weeks, hiding, gunning down everyone that’s chased her, leaving behind a trail of bloodied and broken bodies, corpses for them to recover, shroud, bury. He lifts his gun and aims at her chest, hands steady even though his head isn’t.

He loved her once.

But it doesn’t move her; instead, she slings the H&K UMP 45–her favorite–over her shoulder and forms her left hand into a gun, pointing it at him. She winks and play-fires, elbow cocking up, her eyes mocking him, mocking them, mocking the threat he thinks he poses to her.

**NB: the version of this shirt that I am wearing was made specifically for me. It is not for sale, but you can purchase the other versions at Memento Mori.