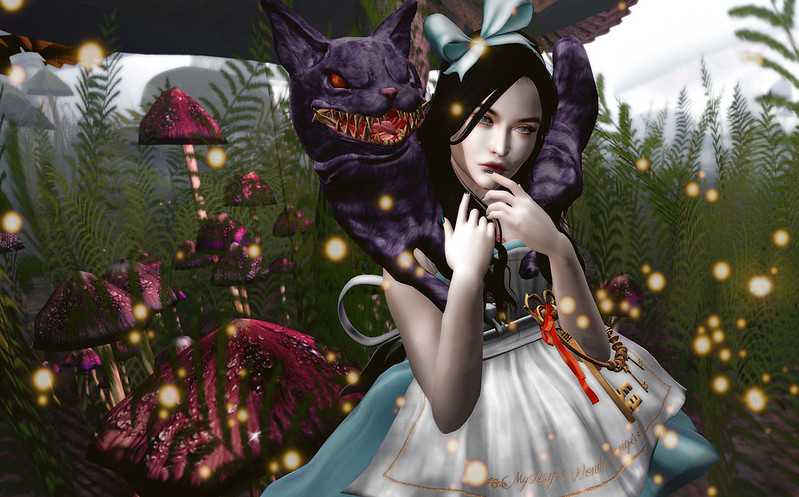 Was recently accepted to become a Cureless blogger, which is a huge honor for me, as I’ve been a fan of Kaorinette’s work back when she was still under the antielle name. In this post I’m wearing the new rare dress from her set for the Arcade, which is called the Red Queen’s Realm, and is full of beautifully crafted pieces that are just a little titillating.

Really excited to post this since it’s my first time ever previewing an Arcade set!